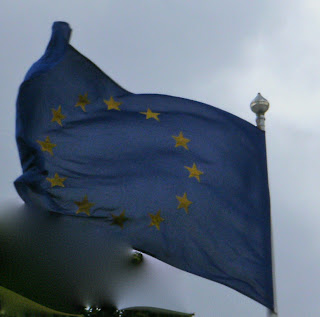 When Labour voted tactically with the anti-european Conservatives to seek cuts to the European budget this blog warned that this could have serious implications for Wales. A view shared by no less a person than our own First Minister.

To say that he was less than happy with Ed Miliband and his tactics would be an understatement. Carwyn Jones knows how dependent Wales’s on EU handouts.

The extent of the handouts has now been demonstrated by Plaid Cymru in the form of MEP Jill Evans. She’s just done the sums. Her conclusion, every person in Wales is around forty pounds (£40) a year better off.

Ms Evans reckons that on average each person in Wales contributes €195.82 per year to the EU, whilst EU funding to Wales is worth an estimated €243.98 per person annually. So we’re quids in.

Ah, the eurosceptics would say if we didn’t pay the money to Europe in the first place the UK government would have more cash to distribute. Maybe. But would it come to Wales? Highly unlikely.

If HM Treasury has anything to do with it, a snowball has more chance in hell than Wales’s chance of getting its hand on the cash once it’s in the grubby little paws of Chancellor Osborne.

Lets face it, London hasn’t been altogether championing at the bit to provide Wales with a fair funding formula. It’s not only Osborne, but his shadow as well. Ball’s only utterance on the matter of Barnet is to say no, to change. Labour did nothing when they ran the shop and there hasn’t been much sign of a change of heart yet.

Successive Labour finance ministers in the Welsh Government have been making the case only to be ignored. Party unity has stopped them going public on the fact. But privately they talk dispairingly about the deaf ears of their Westminster colleagues.

Jill Evans has done us all a great favour by highlighting the following grants that Wales receives.  She points out the EU funds that benefit Wales as the “European Agricultural Guarantee Fund (EAGF) (including CAP), Structural funds, European Agricultural Fund for Rural Development (EAFRD), European Fisheries Fund (EFF), as well as the Lifelong Learning Programmes which includes Erasmus. 630 students and 112 staff from Welsh universities took part in the Erasmus scheme last year.

The bottom line is that Wales has a vested interest in seeing PM Cameron fail in his attempts to cut the European budget this week.

There is little sign that he'll succeed in persuading other European governments to join him in his very short sighted attempt at bringing about cuts. His venture is doomed in the short term.

Let’s hope that Miliband doesn’t gloat over the failure. ‘Cos if he does he’ll loose a lot of friends in Wales. Not least from his own party, in the form of the First Minister and his cabinet.